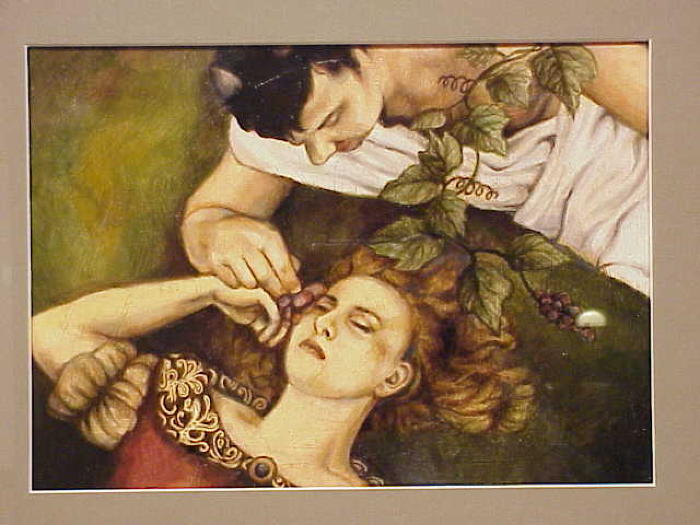 Oil on Gessoed Board

Woman in elaborate costume with man above her in white toga; realist.

Midsummer Night's Dream is a romantic comedy by William Shakespeare. It was suggested to be written around 1594 to 1596. It portrays the adventures of four young Athenian lovers and a group of amateur actors; their interactions with the Duke of Athens, Theseus; the Queen of the Amazons, Hippolyta; and with the fairies who inhabit a moonlit forest. The play is one of Shakespeare's most popular works for the stage and is widely performed across the world.