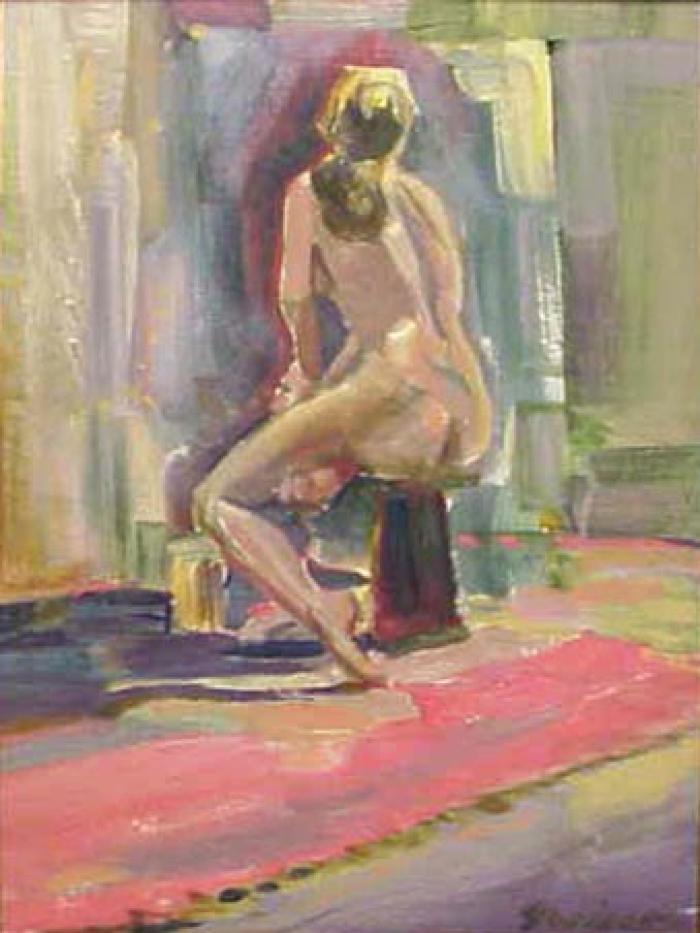 Nude female posing with her back toward viewer. Pink carpet in foreground.

Armand Merizon was born in 1920 in Kalamazoo, Michigan to a family of first generation Dutch immigrants of French extraction. He spend his early childhood in the urban areas of Grand Rapids and at the age of ten began to paint. At sixteen he traveled to Vesper George Art School in Boston to study painting and later traveled to Maine to refine his creative ability. Later, he continued his formal studies at the Phoenix School of Design in New York. Over the course of his 70 year career, Merizon has continued to paint with rigorous dedication and exceptional output despite being diagnosed with macular degeneration and rheumatoid arthritis. In response to these difficult health issues, he has accommodated his conditions by allowing his style to change, creating images that continue to be visually provocative. This dedication is exemplified by Merizon's own statement, "I will paint until my nose touches the canvas."