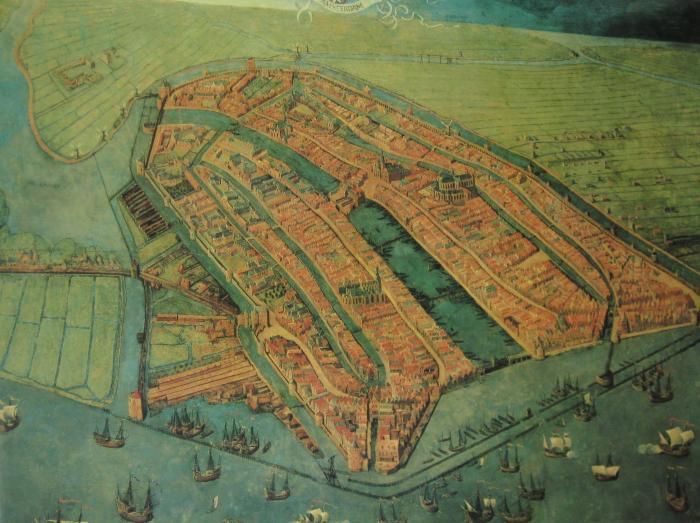 "Gezicht in Vogelvlucht op Amsterdam" translated to english means "Bird's-eye view of Amsterdam." It was commonly thought that Amsterdam was founded during the 12th century by fisherman living along the banks of the River Amstel. After recent archaeological excavations findings, many now believe Amsterdam, or its predecessor, would have seen human habitation since around 2600 BCE during the Neolithic Era. This image appears to be Amsterdam around 1544, before a number of canals were added to the area.