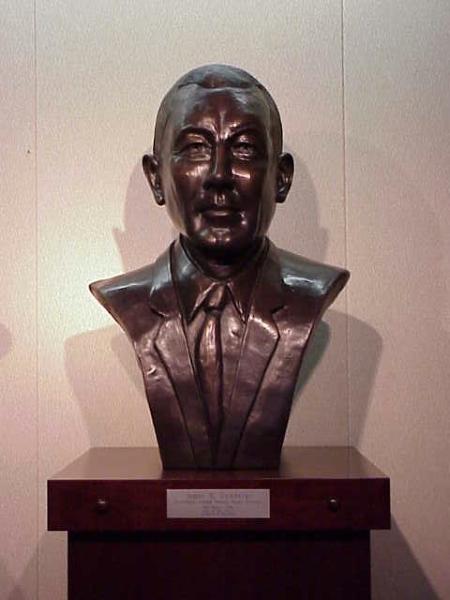 Bust of Mr. Zumberge with a long face and short hair; in a suit jacket and tie.

James Herbert Zumberge (1924 - 1992) was a geology professor, renowned Antarctic explorer, and academic administrator. He served as the first president of Grand Valley State University from 1962 to 1969, which was followed by terms serving as president of Southern Methodist University and the University of Southern California. Zumberge lead several geologic expeditions in Antarctica, resulting in the self-named Cape Zumberge and the Zumberge Coast.