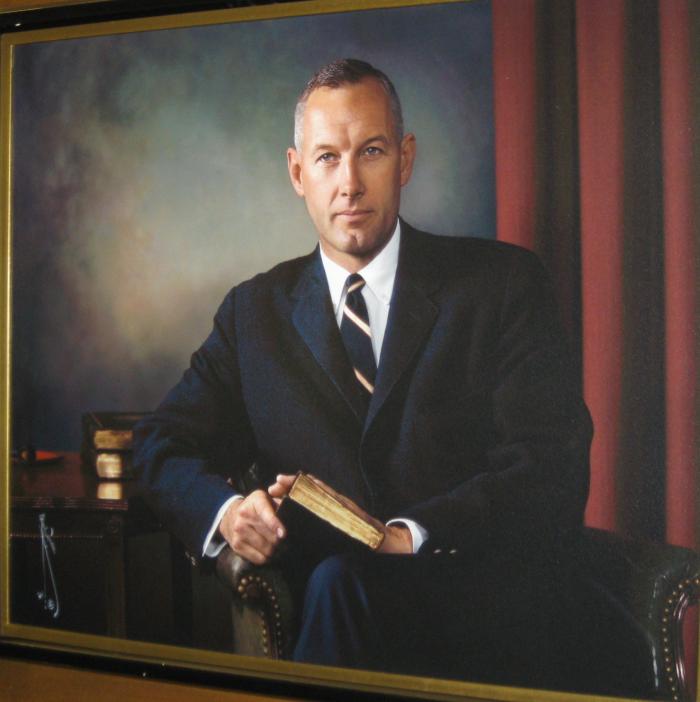 Photo of man with short gray/white hair in dark blue suit sitting by desk with books and red drapery in background.

James H. Zumberge was named president when Grand Valley was chartered, and held the post until 1969. After leaving Grand Valley, Zumberge served as president of Southern Methodist University from 1975 to 1980 and president of University of Southern California from 1980 to 1991. He was also a renowned geologist who led several polar expeditions. Two Antarctic sites, Cape Zumberge and the Zumberge Coast, bear his name. Zumberge was a native of Minneapolis. He earned bachelor’s and doctoral degrees in geology at the University of Minnesota. Before coming to Grand Valley, he was a professor of Geology at the University of Michigan. Zumberge retired from USC in 1991 and died a year later at age 68 in Pasadena, California. James H. Zumberge Hall and Zumberge Pond on Grand Valley’s Allendale Campus are named for him, as well as Zumberge Hall of Sciences, one of the natural science buildings at USC.