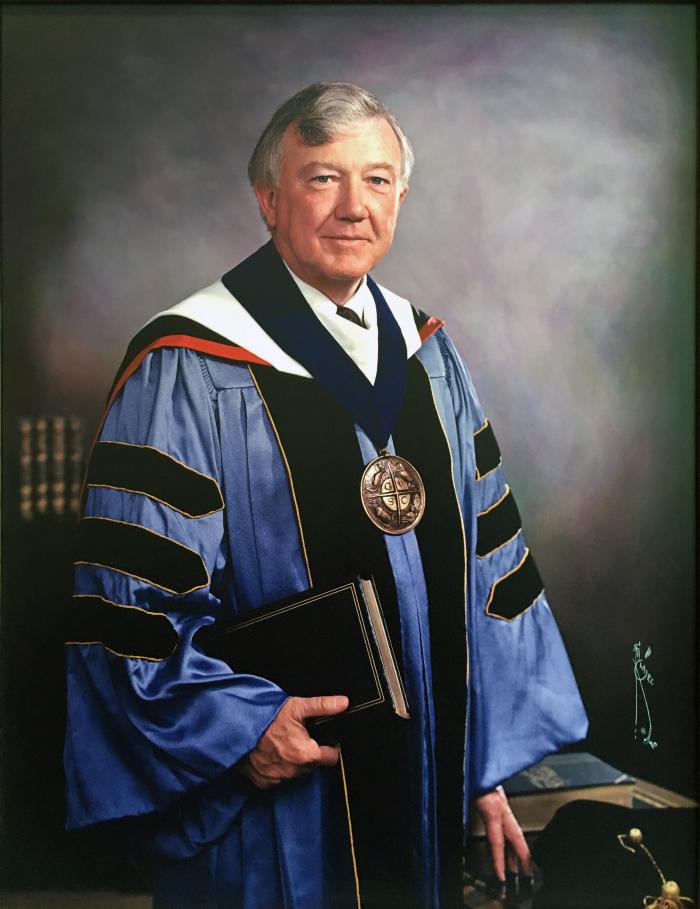 President Emeritus Arend D. Lubbers became president of Grand Valley in 1969 at the age of 37, making him one of the youngest college presidents in the nation. When he retired in 2001, he was the longest-serving public university president in the country. In the 32 years in between, Lubbers led the university’s evolution from a small, liberal arts college to a regional university. An array of academic buildings and residence halls in Allendale, the creation of the Meijer Campus in Holland, and the opening of the L.V. Eberhard Center and Richard M. DeVos Center in Grand Rapids all occurred during the Lubbers presidency. The university also extended its service with programs in Muskegon and Traverse City, in cooperation with local community colleges. Lubbers guided the university’s response to regional education needs with the establishment of the Seidman College of Business, the Kirkhof College of Nursing, and the Schools of Education, Social Work, Health Sciences, Engineering, and Communication. Also during his tenure, GVSU’s programs in music, art, chemistry, education, social work, business, and nursing earned professional accreditations. Lubbers Stadium on the Allendale Campus is named for him. Lubbers is a native of Holland, Mich. and a graduate of Hope College, where his father, Irwin Lubbers, served as president. He received his master’s degree in history from Rutgers University in 1956, and then taught at Wittenberg College in Ohio before returning to Rutgers in 1958 to pursue his doctorate. In 1962, Life magazine named him to its list of the top 100 young men under 40 in the United States. Lubbers came to Grand Valley from Central College, in Pella, Iowa, where he had served as president for nine years. At the time of his appointment to that position, Lubbers was the youngest college president in the country, at 29.