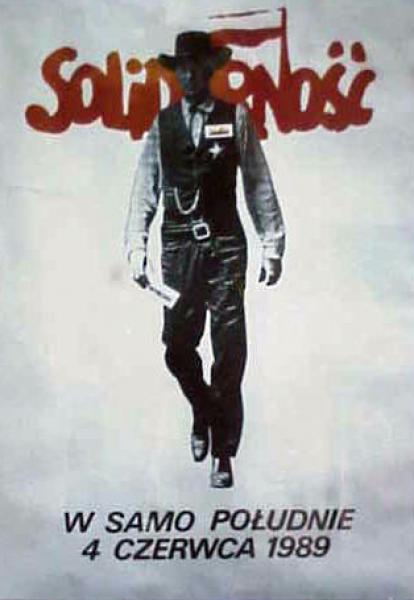 The central image on this poster is from the movie "High Noon," a Western film starring Gary Cooper and Grace Kelly, which was released in 1952 and directed by Fred Zinnemann. The film tells the story of a town marshal forced to face a gang of killers by himself, and is based on John W. Cunningham's Collier's magazine short story, "The Tin Star." In 1989, "High Noon" was selected for preservation in the United States National Film Registry by the Library of Congress as being "culturally, historically, or aesthetically significant".