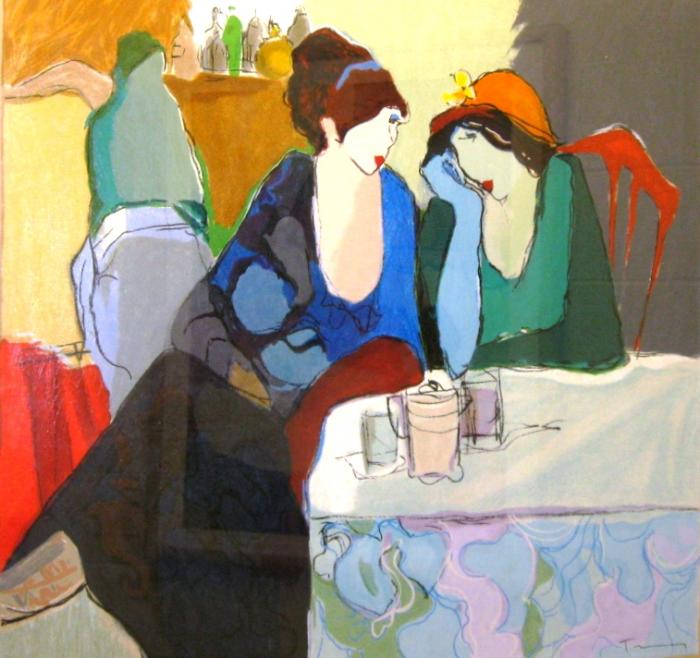 At the age of nine, Itzchak Tarkay and his family were sent to the Mathausen Concentration Camp until Allied liberation freed them a year later. In 1949 his family emigrated to Israel, living in a kibbutz (a collective farm or settlement in modern Israel) for several years and by 1951 he had received a scholarship to the Bezalel Art Academy in Jerusalem. Tarkay has achieved recognition as a leading representative of a new generation of figurative artists. The inspiration for his work lies with French Impressionism, in particular the paintings of Matisse and the drawing style of Toulouse-Lautrec.