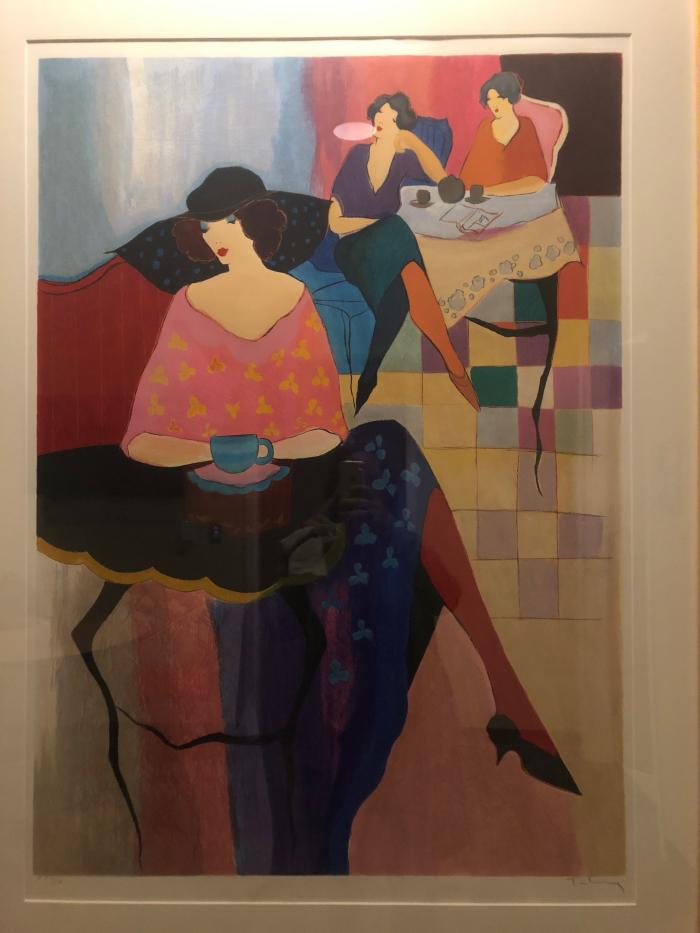 Signed and annotated "AP" in pencil. An artist's proof impression aside from the regular edition of 350.

At the age of nine, Itzchak Tarkay and his family were sent to the Mathausen Concentration Camp until Allied liberation freed them a year later. In 1949 his family emigrated to Israel, living in a kibbutz (a collective farm or settlement in modern Israel) for several years and by 1951 he had received a scholarship to the Bezalel Art academy. Tarkay has achieved recognition as a leading representative of a new generation of figurative artists. The inspiration for his work lies with French Impressionism, in particular the paintings of Matisse and the drawing style of Toulouse-Lautrec.