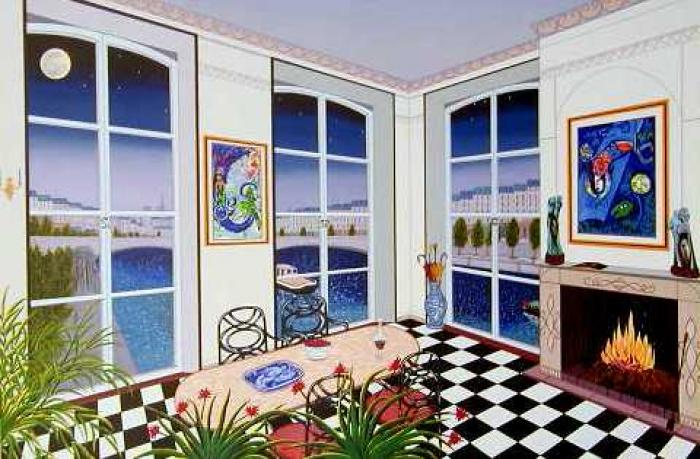 Interior space with three large windows, black and white checkered floor, fireplace on the right with painting above the mantle, green plants in the foreground, table in the center of the room.

François Ledan's work is largely autobiographical, reflecting significant memories of his past. He began painting as a student in Paris in 1968 where he began showing work at several large-scale European galleries and exhibitions. In the 1970s he came to the United States to exhibit in both California and New York, largely working with acrylics, and later delving into the art of lithography. He has continued to create work and show in many regions both in Europe and the United States.