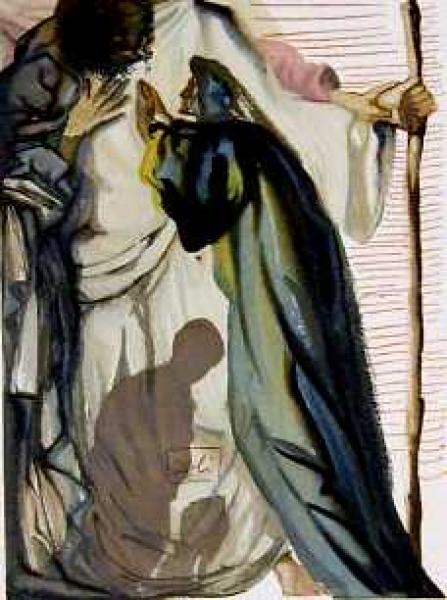 Colored Wood Engraving on Rives Paper after a Watercolor

Though stated to be a Roman Catholic, Salvador Dalí was never what one would call a "spiritual man". In an interview from his earlier years he spoke about how he believed that death would not come for his spirit, in a way proclaiming himself to be immortal. "I believe in general in death but in the death of Dalí absolutely not. Believe in my death becoming very -- almost impossible."