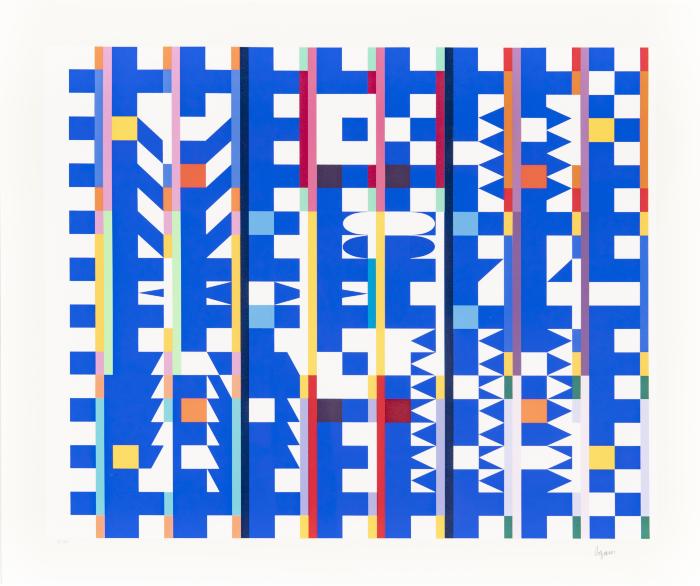 Yaacov Agam is an Israeli sculptor and experimental artist best known for his contribution to optical and kinetic art. Through his work, Agam attempts to represent reality as a changing and renewing entity, that moved beyond static imagery. On his work he reflects, “My intention was to create a work of art which would transcend the visible, which cannot be perceived except in stages, with the understanding that it is a partial revelation and not the perpetuation of the existing. My aim is to show what can be seen within the limits of possibility which exists in the midst of coming into being.”