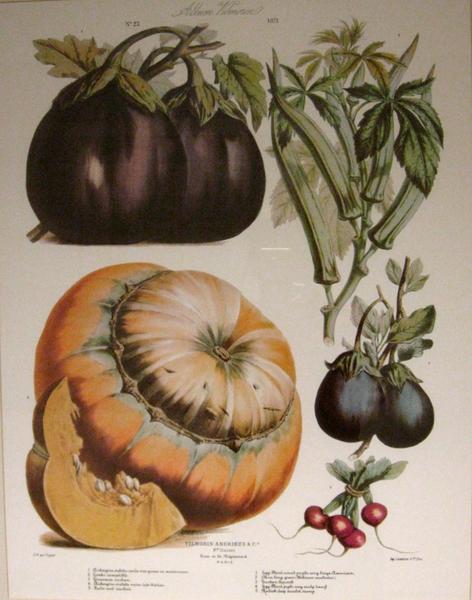 Picture of various vegetables: Eggplant, okra, pumpkin, and radishes all on a white background with antique writing.

Okra, known also by many other names, is a flowering plant in the mallow family (along with such species as cotton, cocoa, and hibiscus), valued for its edible green fruits, and is often referred to as "lady's fingers" outside of the United States. Okra is native to the Old World tropics (West Africa) but has become established in the wild in some New World tropical areas. It is believed that okra first reached the New World during the days of slave trafficking.