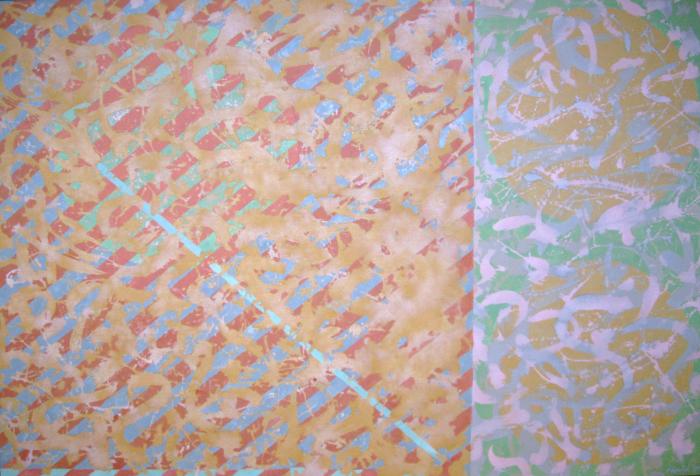 Canvas is divided into 2 vertical sections. Larger one on the left has diagonal blue, orange and green stripes with a circle and orange splotches over it. The right side has a solid green background with 2 orange circles and pink and purple marks covering it.

Charles Laurens Heald was born in Port Huron, Michigan. He studied for two years at Albion College in Michigan, after which he transferred to the University of Washington, Seattle, in 1960. There he received his B.A. in 1963 and his M.F.A. in painting in 1964. During this time he entered numerous competitive shows and began having solo shows in Seattle galleries as well as at the State Capitol Museum, Olympia in 1964.