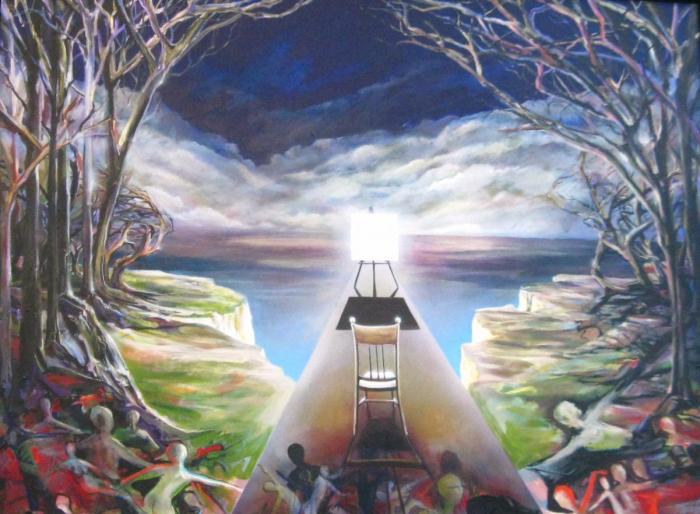 The painting "Fusion" is a surrealistic piece of which some characteristic traits are owed to the acceptance of the early theories of psychoanalysis, an interest in the non-rational, unconscious domain of the mind and a distrust of knowledge gained from what generally could be called "the sciences". Dominating the center of the painting is a blank canvas mounted on an easel. This is meant to allude to a favorite theme of the Surrealists, namely "tabula rasa", literally meaning "blank slate". After witnessing the carnage of the First World War, the Surrealists maintained that continuing culture or civilization as it had been would only lead to another disaster. They adopted the concept of tabula rasa as a signal of their desire to begin again the culture from a pure, uncorrupted state of thinking.