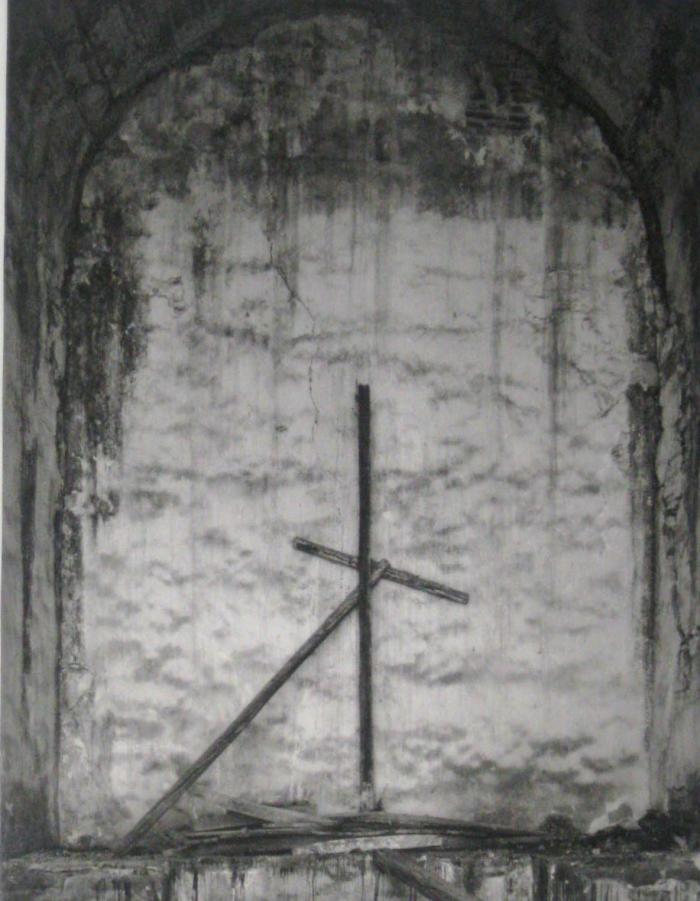 Photogravure on hand made paper. A cross in an archway.