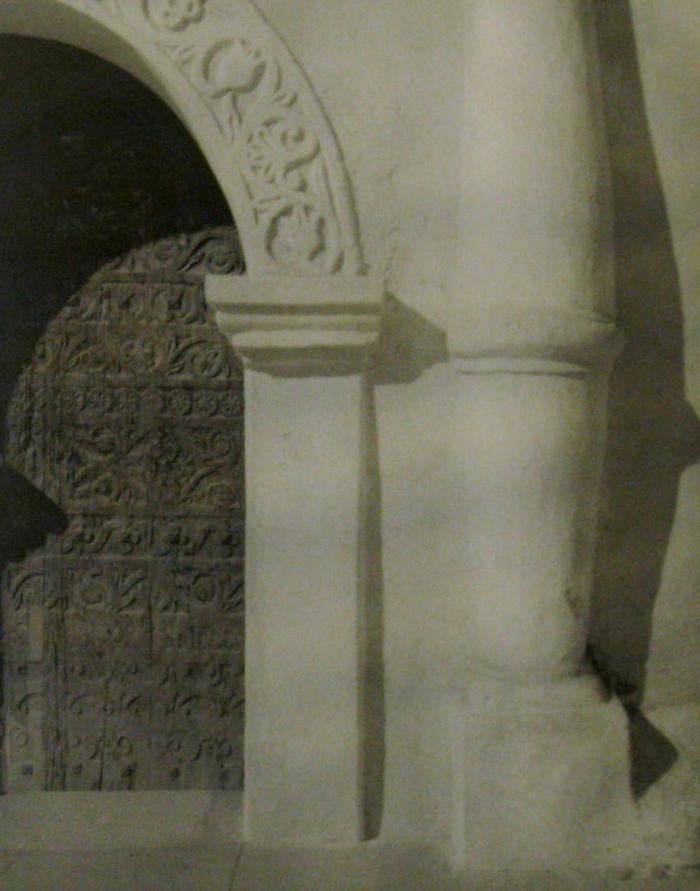 Image of half an arch on the left with a column to the right.