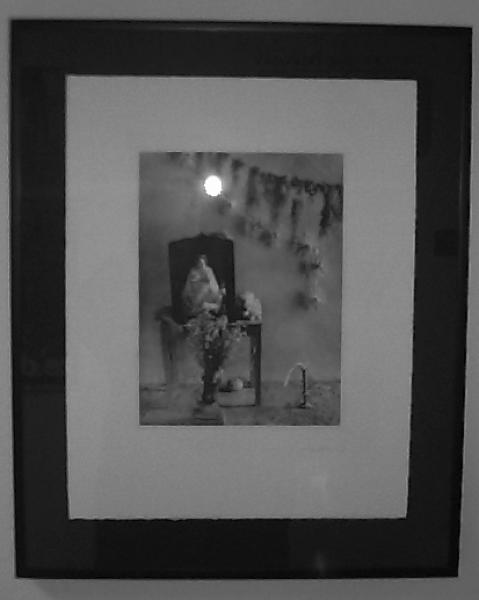 Alter in Mexico with statue of diety, flowers and melted candle