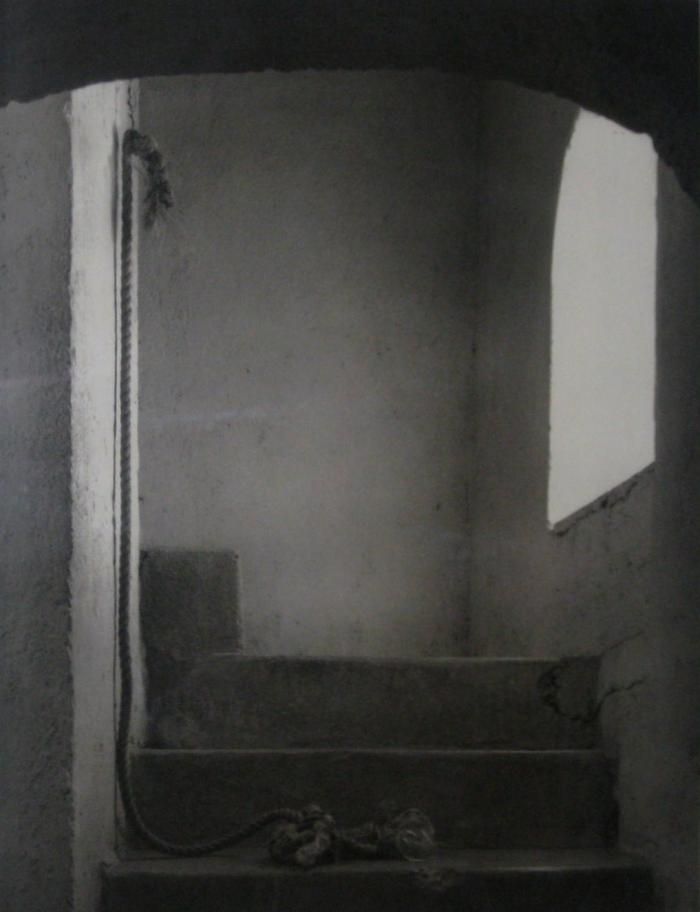 Stairway in a shadow; window on the right shows sunlight from outdoors; bell rope hanging to the left