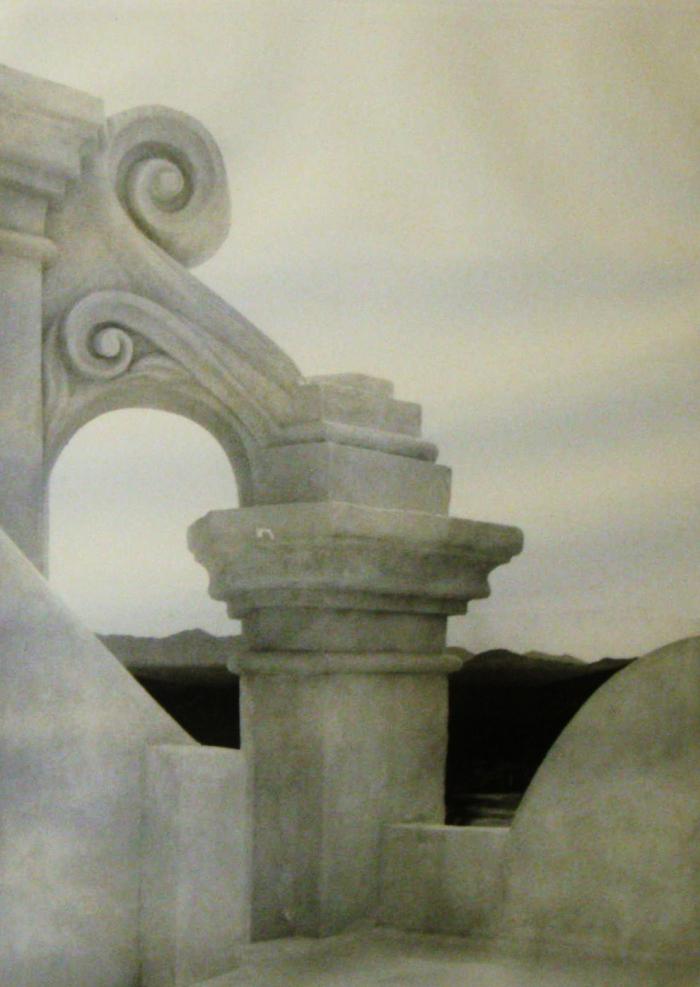 Print of a cement balcony window.