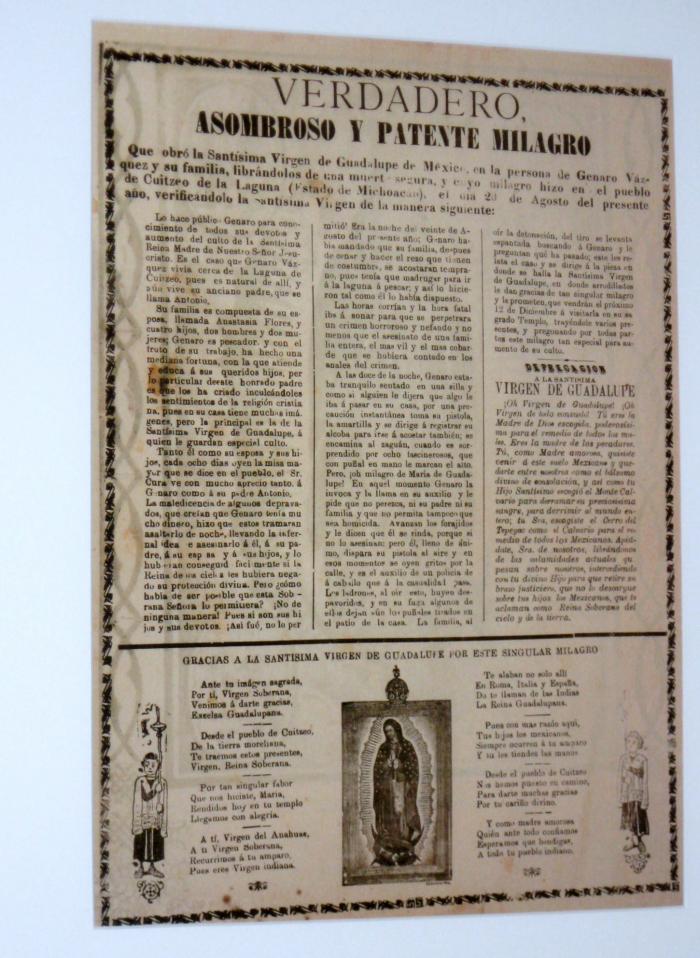 Old newsprint with image of Mary centered on bottom