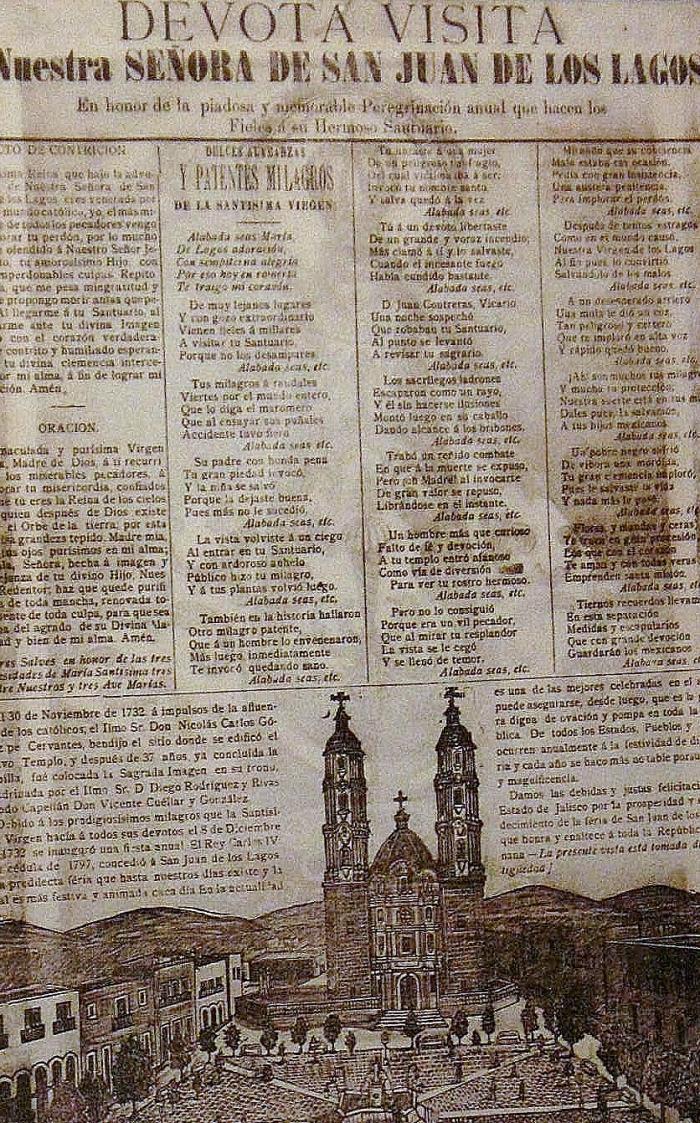 A: image of a woman in elaborate cloak. B: image of cathedral.

Jose Posada is a Mexican engraver and lithographer best known for his "calaveras", which often assume various costumes, such as the Calavera de la Catrina, the "Calavera of the Female Dandy", which was meant to satirize the life of the upper classes during the reign of Porfirio Díaz. Most of his imagery was meant to make a religious or satirical point. Since his death, however, his images have become associated with the Mexican holiday Dí­a de los Muertos, the "Day of the Dead". He started out making comics for a local Mexican newspaper in Aguascalientes called "El Jicote" (The Bumblebee), which was discontinued after one of his comics severely offended a powerful politician.