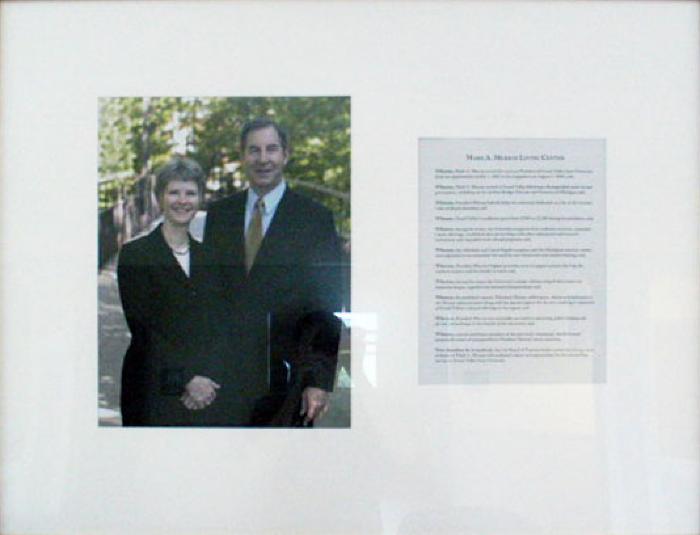 Dyptich of an image and text. Mark and Elizabeth Murry, smiling on the blue Grand Valley bridge.

This Living Center was named in honor Mark A. Murray who served as the President of Grand Valley State University from 2001 to 2006. Special recognition is also given to Elizabeth Murray for her contributions as First Lady of the University. The citation was presented to President and Mrs. Murray at the university's Enrichment Dinner on June 7, 2006.