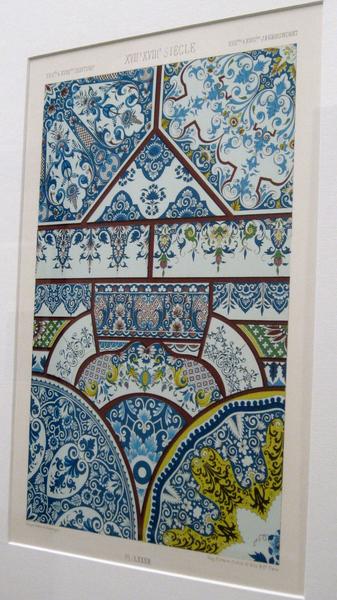 Two large quarter-circles at the bottom with blue and yellow. A horizontal bar and a triangle separate the bottom from the top.

This piece is one of a collection of 220 plates created as reference works for architects, artists, and decorators in the 19th century. The goal was to bring motifs from various ancient cultures around the world to the hands of the designers of the time. Egyptian, Etruscan, Greek, Roman, Chinese, Japanese, Persian, and Indian influences were all included. Also highlighted in the publications were Medieval, Renaissance, and 18th century European art.