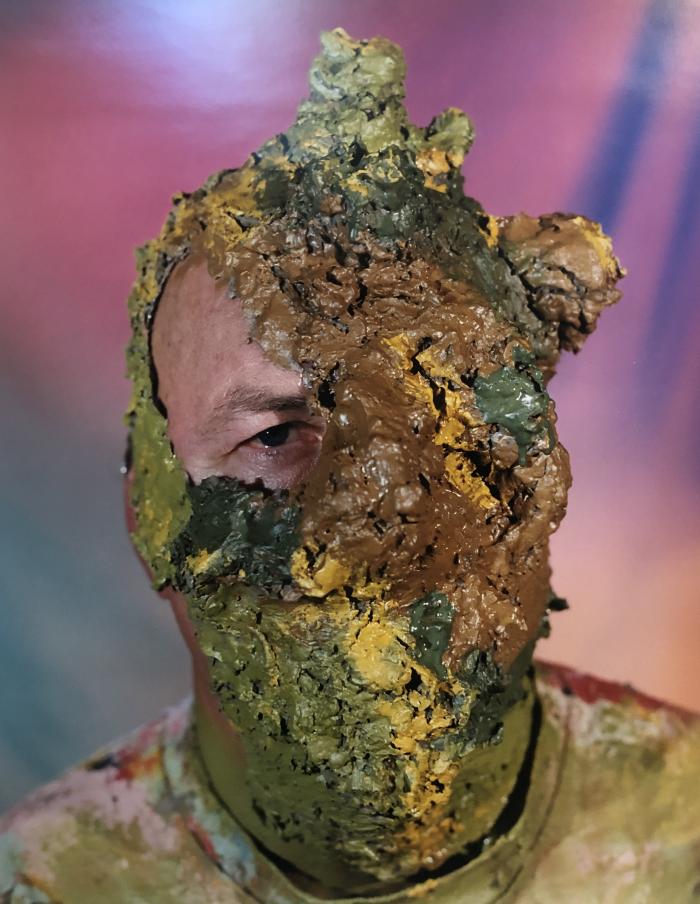 A photograph of a person wearing a paper mache-looking mask. The mask is different shades of brown and green with nubs coming off of it.