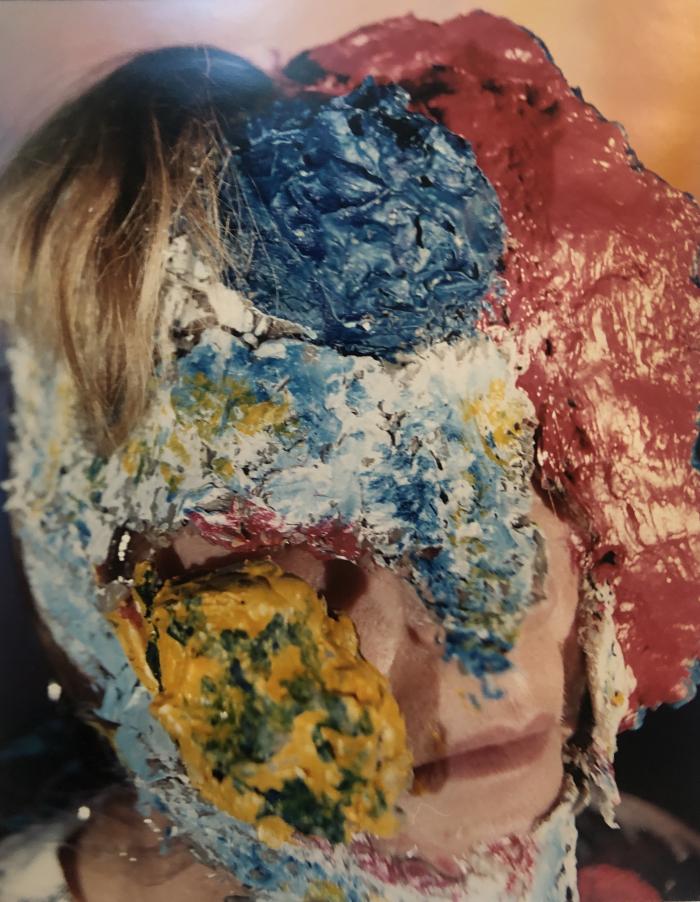 A photograph of a person with a paper mache-looking mask on their face. The mask is lumpy and colorful.