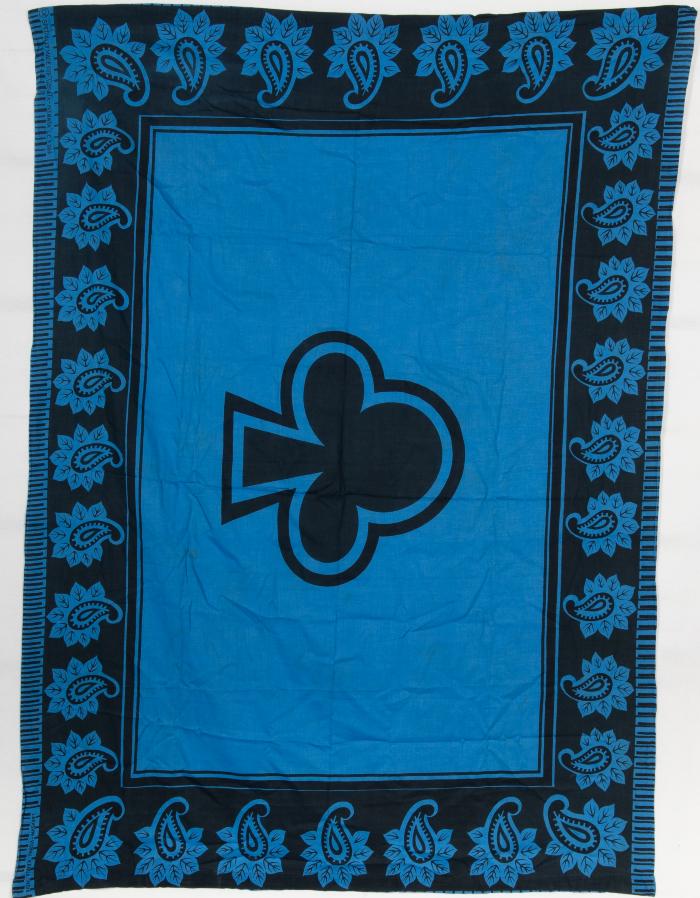 The kanga, is a colourful, light weight fabric similar to the traditional kitenge, worn by women and occasionally by men throughout the African Great Lakes region. It is a piece of printed cotton fabric, often with a border along all four sides (called pindo in Swahili), and a central part (mji) which differs in design from the borders. Sayings in Swahili are also often printed on the fabric. Whereas kitenge is a more formal fabric used for nice clothing, the kanga is much more than a clothing piece, it can be used as a skirt, head-wrap, apron, pot-holder, towel, and much more. The word kanga comes from the earliest known pattern with small dots or speckles, which look like the plumage of the guinea hen, also called "kanga" in Swahili.