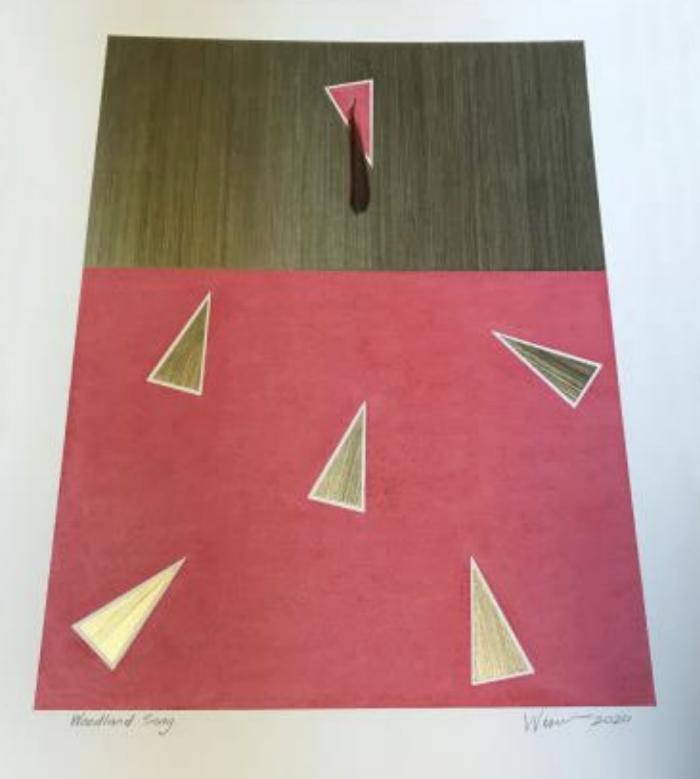 Incised print with of a rectangle, gold on the top, red on the bottom with the opposite colored triangles in each half. Cardinal feather hangs from the center of the top section.

Jason Wesaw has always been an artist, exploring his creativity through photography and music. But in recent years, he has found new influences from his Pokagon Band of Potawatomi heritage. This has led him to work with clay where he has been searching for a traditional approach on his own. There are no strong traditions of working with clay among the living members of his tribe, but he believes there is a connection that he is working to rekindle. “I have harvested clay from near Lake Michigan, and I am able to give a voice to that material.” Jason’s father is Potawatomi and his mother is European so he is a product of two cultures. But he is drawn to the Potawatomi culture in many ways and has begun working as a cultural associate for the Potawatomi Band. His native heritage has become a strong part of his life and his artistic inspiration.