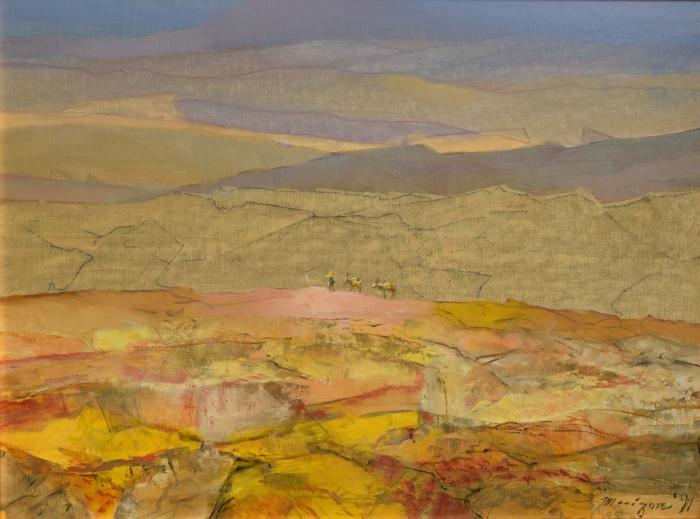 Landscape of yellow, blue and orange ridges and hills. Bottom area of image looks rockier , with more detail. Center of image has a small man and two pack animals.