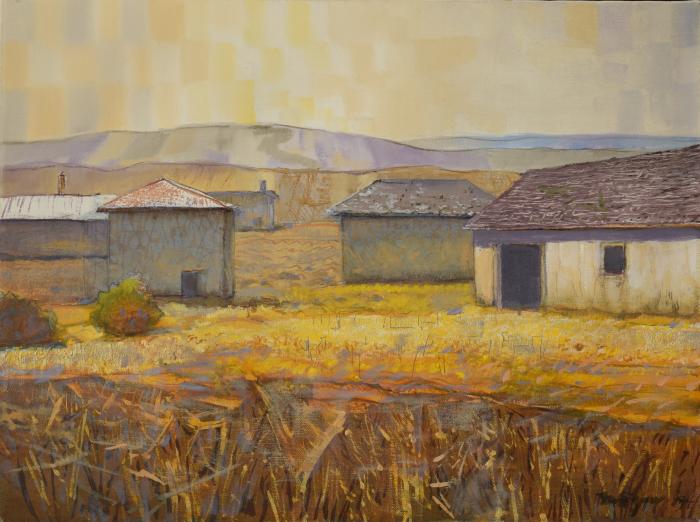 Old Buildings in the West

Bright landscape in yellows and pale blues and greys. Grassy areas long the bottom of the image, short white buildings along the center. Blue.grey mountains in the distance. Some areas of the painting are abstracted with a square like pattern.