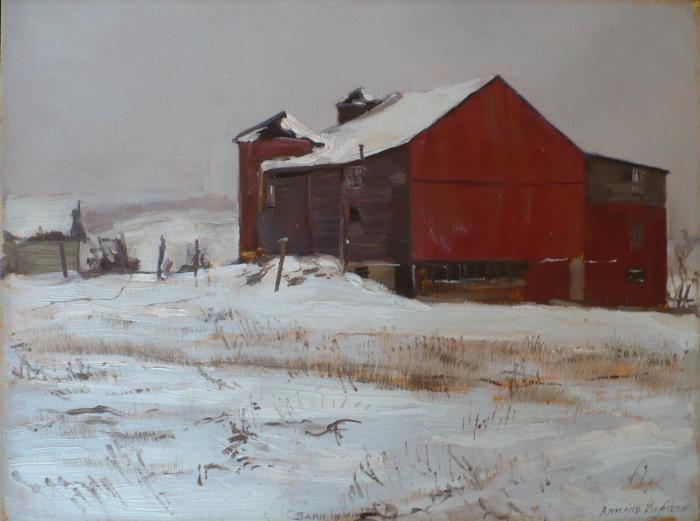 Red Barn in the Snow

Painting of a red barn in a snow covered landscape. Barn is in the upper right corner of the image. Snow with pieces of grass sticking out along the bottom of the image.