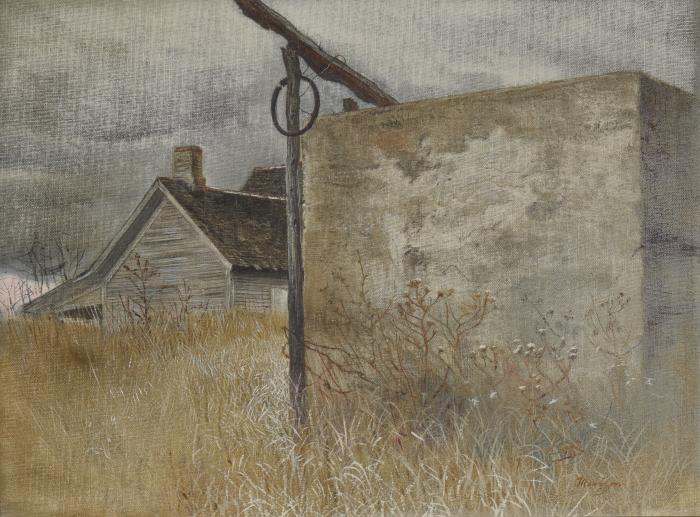 Grey and tan close-up of the side of a concrete building with wood coming from it. It is surrounded by tan and brown/red color tall grasses. Another building with chimney and roof visible along left side of the image.