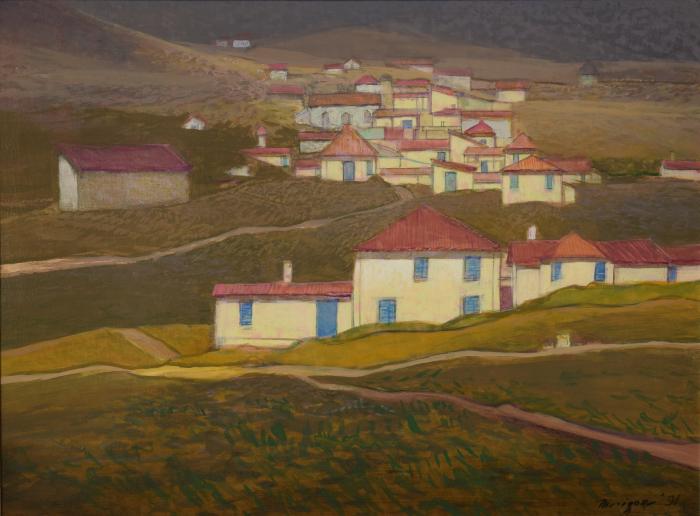 Landscape of a green and brown hillside with a number of dirt paths and white buildings with red roofs and blue windows.