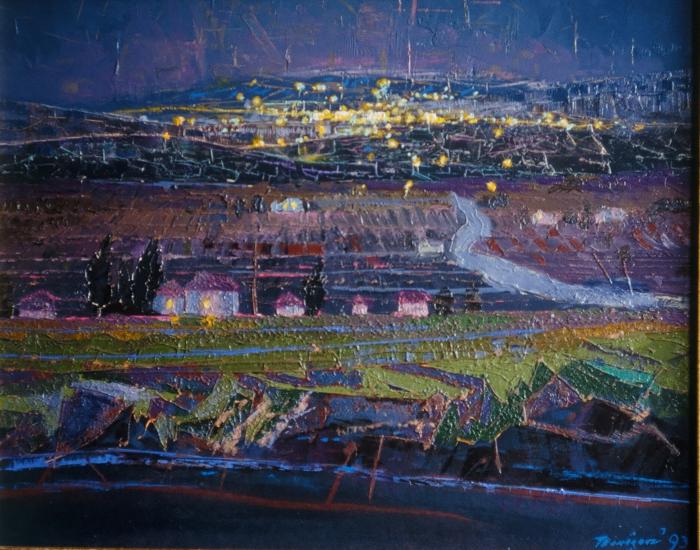 Dark image with areas of thick paint. Landscape at night with a slight aerial view. Top portion of the image has lots of yellow dots that looks like lights from a city, middle area has fewer buildings, larger buildings. Bottom has areas of green and dark blues.