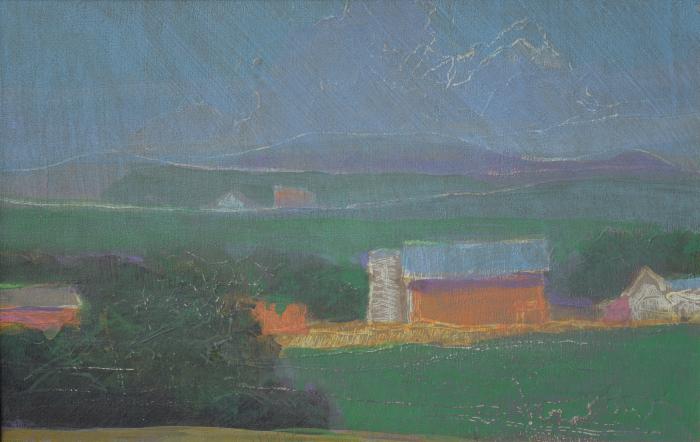 Landscape scene with a barn and silo at the center. Mountain or hill like shapes in the background. Most of the painting is varying shades of blues, purples and green. The barn is orange, purple and blue. There are diagonal brush strokes across the paining, giving the illusion of rain or fog.