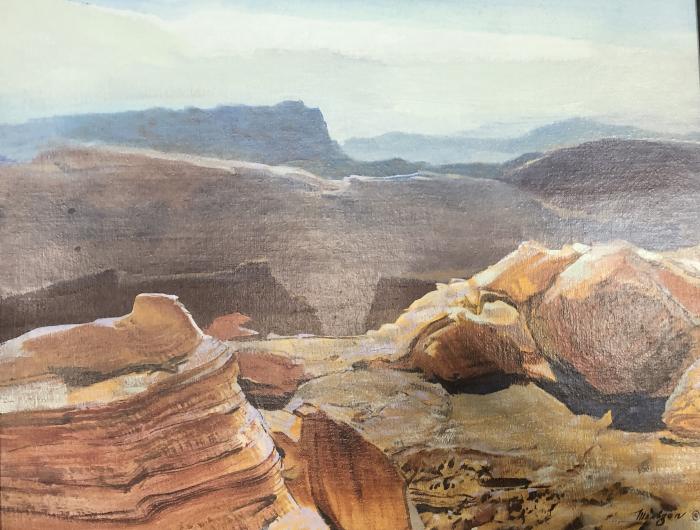 Desert canyon scene. Close-up rocks along bottom edge are realistic, in shades of orange, brown, black and yellow. The background is less realistic in more shades of brown, grey and blue.