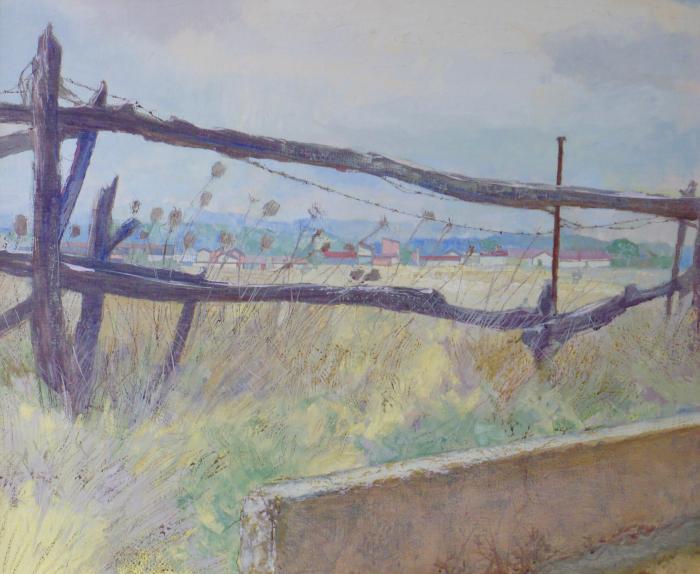 Landscape with buildings at a distance, barely visible through a split rail wooden fence in the foreground. Yellow and green grass towards the bottom of the image, white and light blue sky at the top.