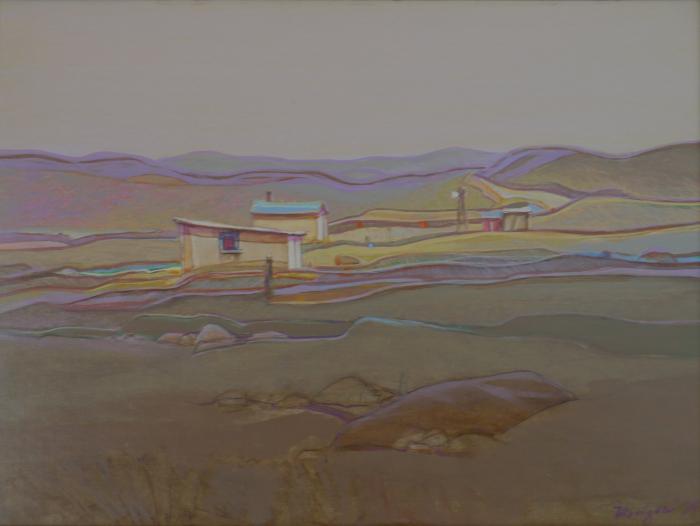 Rolling hills landscape with pale yellow skyline. Bottom of the image is mostly green, center has a few buildings that are colorful in yellows and purple.