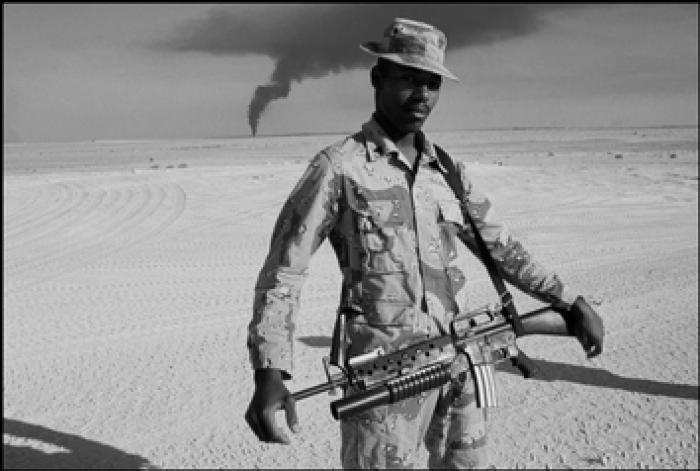 A black and white horizontal photograph of a young man standing in a desert. He is wearing a camouflage uniform and holding a gun. Behind him, there is a pillar of smoke that billows out into a cloud in the sky.