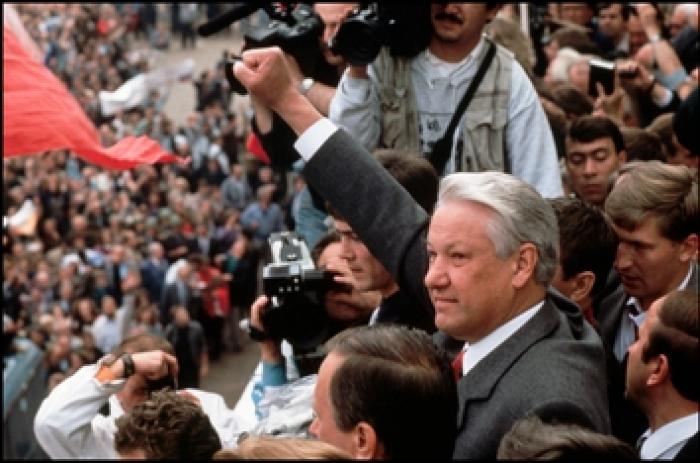 A horizontal color photograph of a crowd of people. There is a man in a suit with his fist in the air. There is part of a red flag flying in the top left corner.