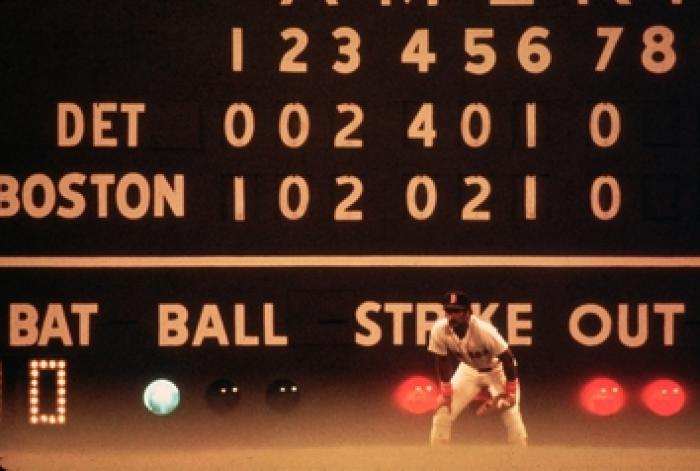 A horizontal color photograph of a baseball player standing in front of the scoreboard. He is wearing a white uniform. There are both red and white lights on the scoreboard.