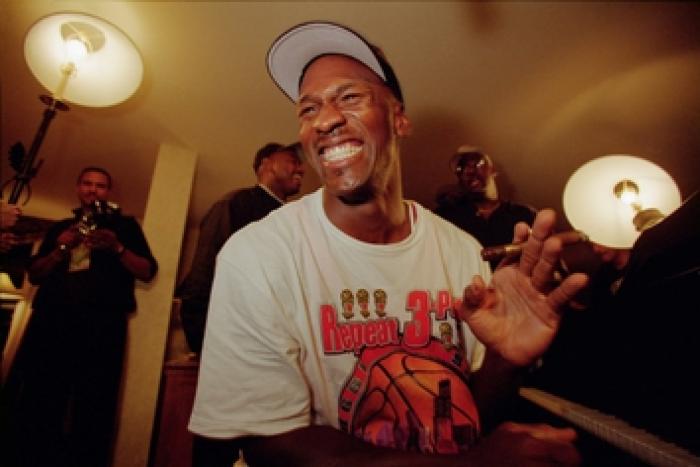 A horizontal color photograph of a man smiling and holding a cigar. He is seated in the middle of the photo and wearing a gray shirt with a basketball and some text on it. There are people standing around him in the background.