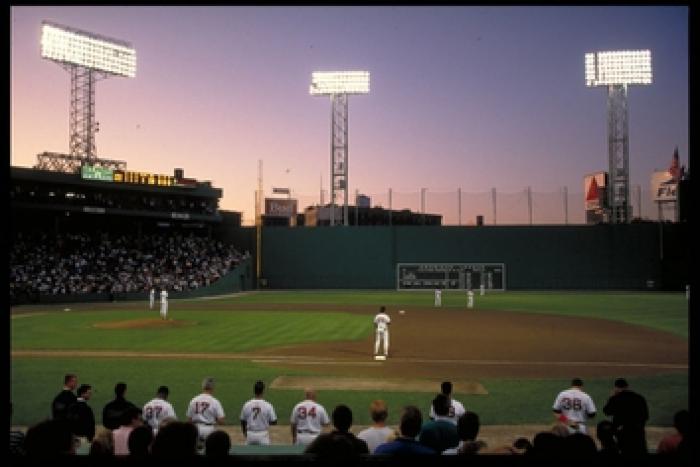 A horizontal color photograph of a baseball stadium. The stadium is full of people and there are players on the field. The sun is setting on the left side of the photo.