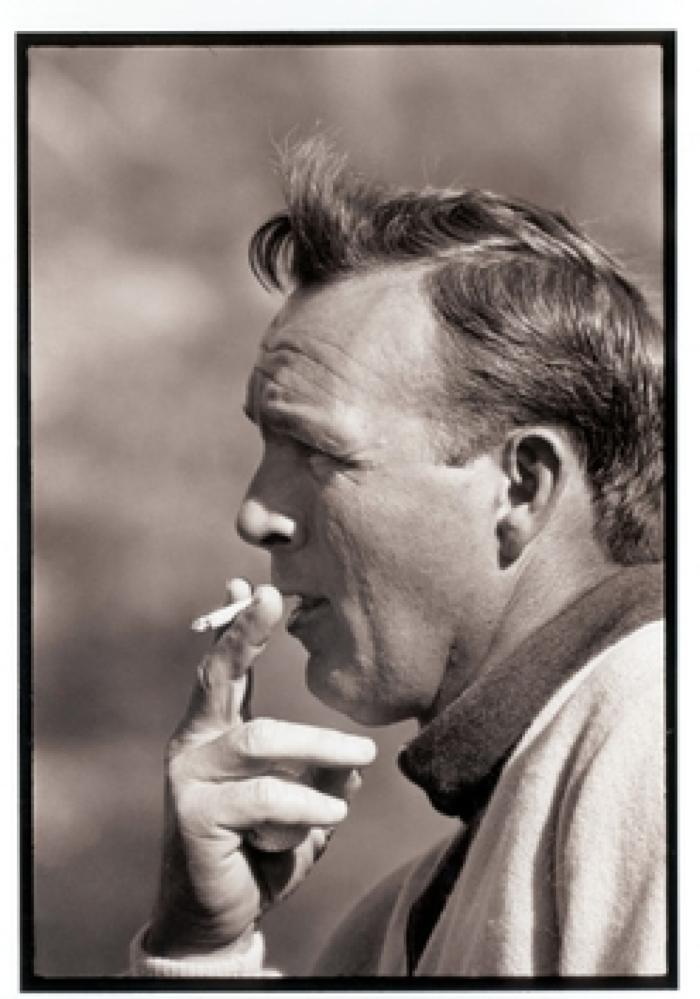 A black and white photograph of a man smoking a cigarette. The photo is a profile and he is looking off to the left.