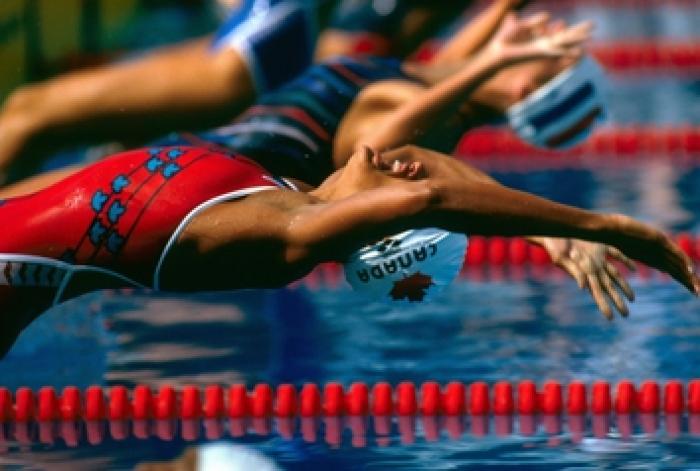 A horizontal color photograph of a swimmer. They are wearing a swim cap that reads "Canada" and a red swimsuit.