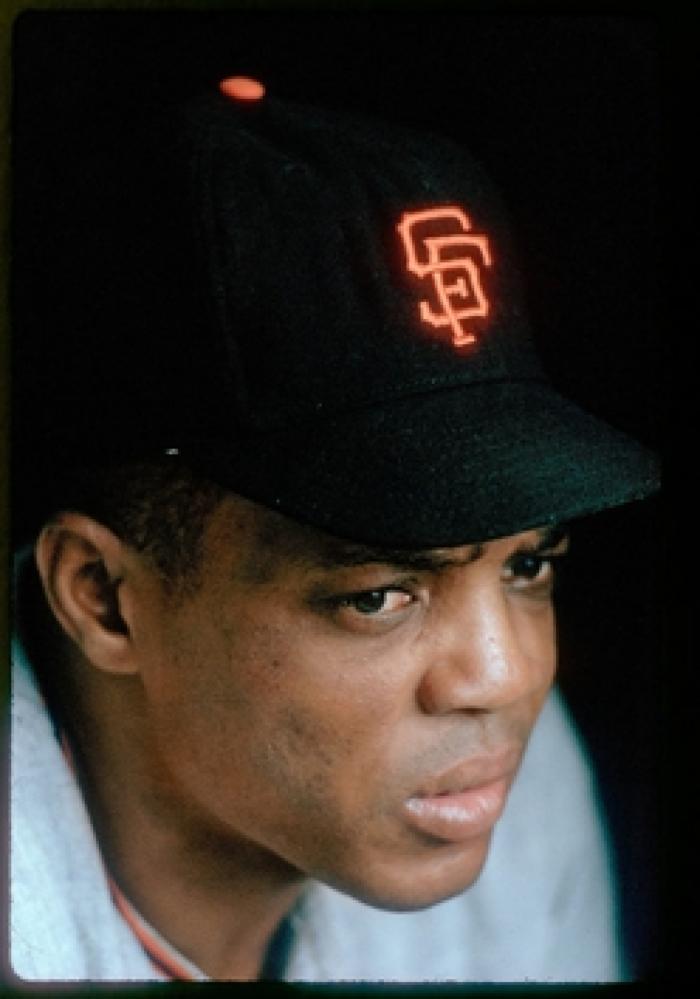 A vertical color photograph of Willie Mays. He is wearing a black hat with the San Fransisco Giants logo on it. He is only visible from the shoulders up.