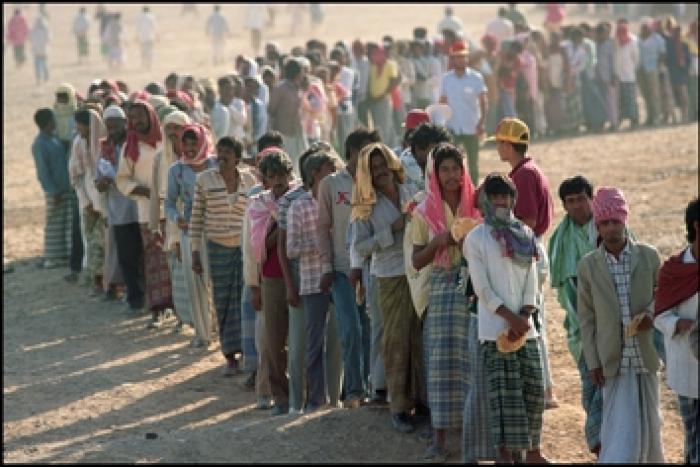 A horizontal color photograph of a line of people. They are standing in a sandy place and most of them have their heads covered in some way.