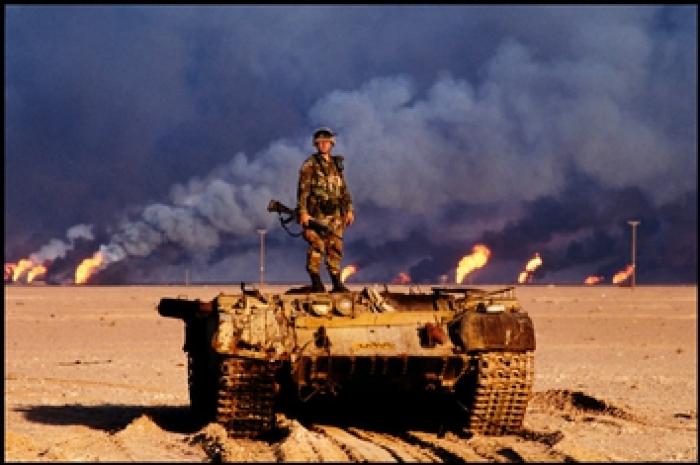 A horizontal color photograph of a soldier standing on top of a destroyed tank. In the background of the photo, there are fires burning.