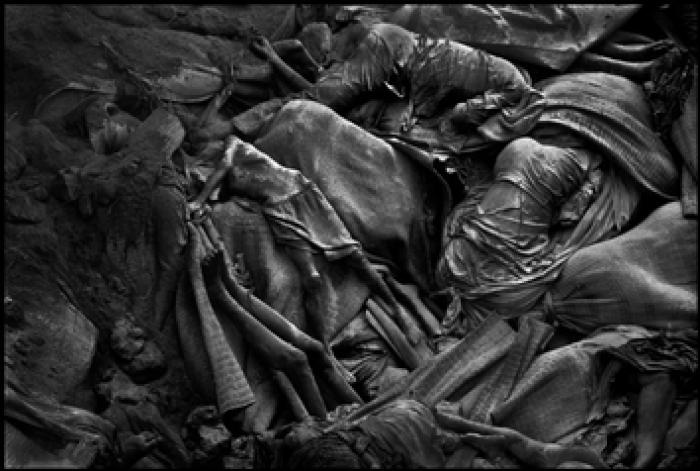 A mass grave. The bodies of Rwandan Hutu refugees who have died of cholera lie in a mass grave on the border between Rwanda and Zaire, near Goma, Zaire, shortly after the Rwandan genocide