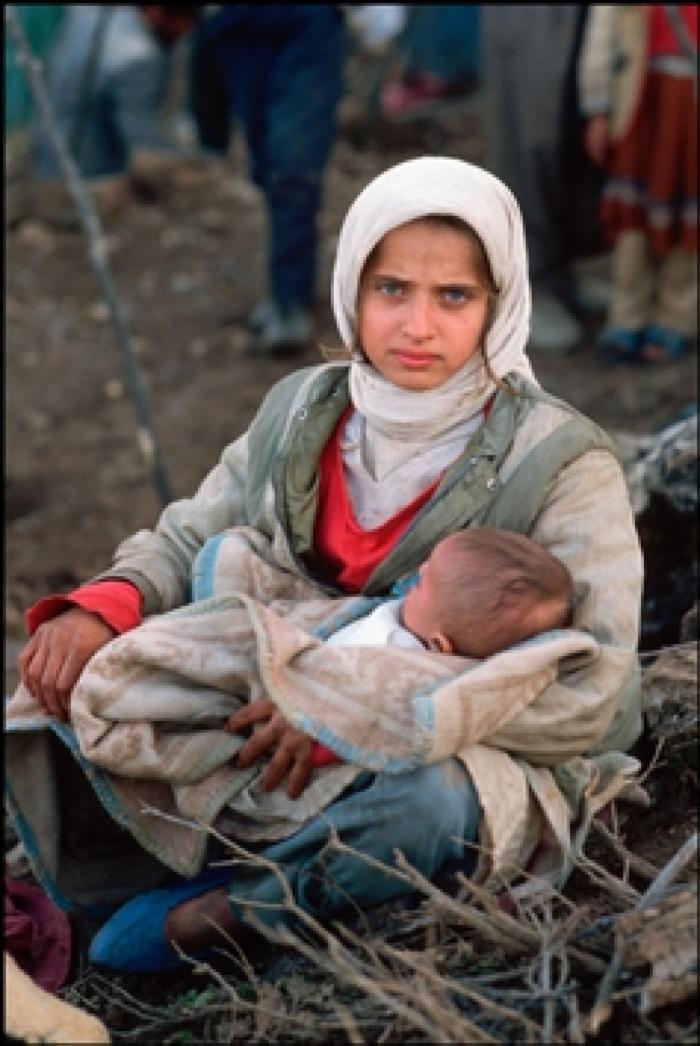 Kurdish Refugees near the end of the Gulf War Southern Turkey

A vertical color photograph of a seated woman holding a baby. The woman is looking directly into the camera. She is wearing many different layers of clothing and a white head covering.